On a beautiful day at the racetrack marking Day 3 of Competition, we finally began the dynamic events component. Our team was ready bright and early, earning us the distinction of being the first car to run a competitive event on the brand new pavement at Michigan Speedway. We completed skidpad and acceleration early in the day with respectable relative times earned on both events despite the cooler weather.

Later on when the track and tires warmed up, we readied the car for the autocross course. After four attempts our best time was just over 63 seconds on a clean run, setting the standard for a good portion of the afternoon. Final preparations and tests were then carried out for the all-important endurance test tomorrow. 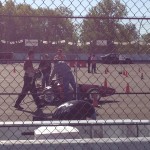 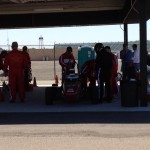 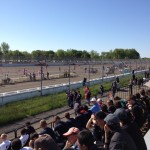 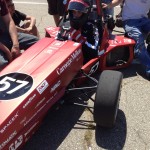 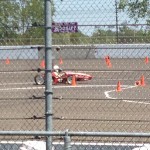 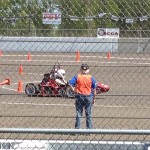